Current Nobody Director Jonathan Spector speaks with Melissa about the play and her process. Just Theater presents the West Coast Premiere of Current Nobody November 14-December 13 at the Exit Theater. 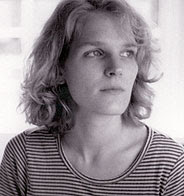 Jonathan Spector: You have a very idiosyncratic way of writing dialogue, which seems to both mimicking the rhythms of actual human speech while creating a very specific kind of heightened language. Can you talk about how you evolve this style of writing?

Melissa James Gibson: It's really just an effort to capture the way I hear things, the way peoples' thought processes are reflected in the way they speak--all the self-edits, misfires, revisions and pauses that surround and inform, and sometimes form, human expression.

JS: In so many ways this piece appears at first glance to be an extremely loose adaptation, yet on the plot points and structure it’s actually very faithful to the original. How did the process of adaptation differ for you from writing an original work?

MJG: Well, it's both thrilling and daunting to be grappling with source material of genius. My hope was to honor that material by turning it on its head, while also retaining its heart. At the same time, I've dispensed with many elements that didn't feel germane to my particular take (and, of course, plays and epic poems are different beasts).

JS: Current Nobody is a project that had a somewhat lengthy development process. So much of the play deeply integrates the dialogue with the physical action and design in such a way that it’s all completely interdependent. How much of the physical action of a piece do you conceive in the writing, and how much do you typically develop while working on it with actors and a director?

MJG: The short answer to the two parts of the question is A, lots, and B, lots. I think about the architecture of my play worlds carefully, and in ambitious and sometimes unrealizable terms--the Brooklyn bridge is assembled before our eyes, for example--and then rely on the visions of talented designers and directors to imagine ways of elegantly executing these notions in three dimensions. The actors we work with in first productions play an important investigatory role, as well.

JS: What's up next for you?

MJG: I'm working on commissions for playwrights horizons and the Atlantic Theater company; a musical with composer Michael Friedman and director Mark Brokaw for Center Theatre group; and a film for a small independent company.

An Excerpt from Current Nobody

(Od looks at his watch and then crosses over to the sleeping Tel.)

Posted by Playwrights Foundation at 2:11 PM

I saw Melissa James Gibson's play last night "This" at Playwrights Horizons. I cannot rave enough about her writing. The story is real, the people are real, the dialogue is fabulous(!) and there was not a moment of my mind going anywhere else. I will go see everything she does from here on in.

My mother is going to her play tomorrow with a friend. She mentioned that it was written by the gibson.... and i said girls? as a joke you know, and she said yes it was and i said what?! She said you one of the gibson girls that you knew. Which one i said. Was it Melissa or the older one. She didn't remember she said (my mothers 80 lol) but there was a great article in the paper and she's the toast of the town in NY. She told me to google it. I did. I was in the same class as MJG in grade five she was a great girl; she stood out in a sense she valued individuality above all else. She was extremely bright, very fashionable and had this great head of really long blond hair. She had character she was a leader of sorts. Anyway i'm glad she's successful on the world stage so to speak lol. Mrs Tiller would have been proud. Anita